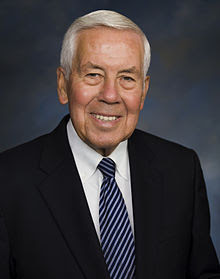 Legislators should have an ideological grounding and strong beliefs identifiable to their constituents. I believe I have offered that throughout my career. But ideology cannot be a substitute for a determination to think for yourself, for a willingness to study an issue objectively, and for the fortitude to sometimes disagree with your party or even your constituents. Like Edmund Burke, I believe leaders owe the people they represent their best judgment.

Too often bipartisanship is equated with centrism or deal cutting. Bipartisanship is not the opposite of principle. One can be very conservative or very liberal and still have a bipartisan mindset. Such a mindset acknowledges that the other party is also patriotic and may have some good ideas. It acknowledges that national unity is important, and that aggressive partisanship deepens cynicism, sharpens political vendettas, and depletes the national reserve of good will that is critical to our survival in hard times.

If you're a child of the 70s, you may remember the short-lived campy Saturday morning live-action, Electra Woman and Dyna Girl. Did you know there was an attempt to reboot the show in 2001 for the CW? The unaired pilot starred Markie Post (Night Court) as Electra Woman (played by Deidre Hall in the original series). We find EW has fallen on hard times since her hey-days in the 70s. Dyna Girl ran off with her husband, and now she's a bitter, disillusioned, promiscuous alcoholic living in a mobile home park. A young woman who EW rescued 10 years earlier is determined to get her clean, sober and back in the superhero biz. So... yeah, if you want to watch, here it is.

When The Clueless Talk Race and Trayvon Martin


Rome Reborn 2.2: A Tour of Ancient Rome in 320 CE from Bernard Frischer

What did ancient Rome look like in A.D. 320? Rome Reborn is an international initiative to answer this question and create a 3D digital model of the Eternal City at a time when Rome’s population had reached its peak (about one million) and the first Christian churches were being built. The result is a truly stunning bird’s-eye and ground view of ancient Rome .
Posted by Unknown at 3/12/2012 No comments:

Limbaugh's Ugly Words and Hitting Him Where it Hurts 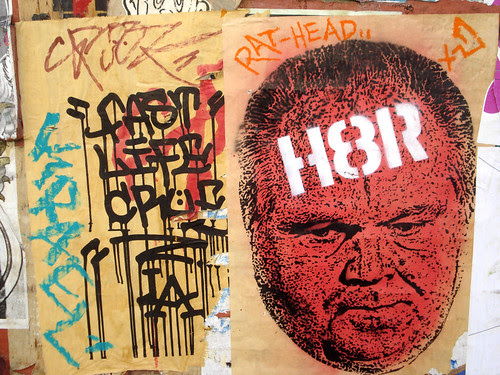 Limbaugh's words about Sandra Fluke say it all. He is a fear-filled, truculent misogynist who loves exerting power over the powerless, especially if they are women. To paraphrase Buzz Lightyear: He is a sad, strange little man, and has my pity. He is so very damaged.

Here is the Facebook page to Boycott Rush Limbaugh's Sponsors to Shut Him Down.

@david0monroe As of today, LegalZoom has suspended all advertising on the Rush Limbaugh show.
— LegalZoom (@LegalZoom) March 3, 2012

Update II: As of Sunday, March 4, 2012 -- Sleep Number, The Sleep Train, Quicken Loans, Legal Zoom, Citrix, Carbonite, and ProFlowers have pulled ads from the program. In spite of his faux-poligy.

Actress Lucy Lawless and six Greenpeace activists have climbed an oil-drilling ship bound for the Arctic. The group is trying to prevent the ship, which is chartered by Shell oil company, from leaving port to drill five exploratory wells in the Arctic. The ship was due to leave port this weekend. From atop a 174-foot (53 meter) derrick aboard Shell Oil's Noble Discoverer in New Zealand's Port Taranaki. Lawless said she was taking direct protest action for the first time in her life to protest oil drilling and to draw attention to climate change. "I've got three kids. My sole biological reason for being on this planet is to ensure that they can flourish, and they can't do that in a filthy, degraded environment," she said. "We need to stand up while we still can." She's tweeting her protest. Follow along.


Indianapolis - A Video Tour Of The City from visitIndy on Vimeo.
http://visitindy.com - Indianapolis is still raising the game, even after the Super Bowl. Take a tour around Indianapolis and get a look at what this thriving city has to offer visitors. Check out great views of downtown Indianapolis, Mass Ave, White River State Park, Monument Circle and other great spots in Indy. Featuring the music of Red Light Driver, "Celeste Celeste".

The Doorbell Rang by Rex Stout -- A Review

The Doorbell Rang by Rex Stout
My rating: 4 of 5 stars

Rex Stout was born in Noblesville, IN and grew up in Kansas. Though never active himself, he was raised by Quaker parents. He was a brilliant child - he read by the time he was four and won a state spelling Bee when he was 13. He must have been somewhat influenced by his families' Quaker activism: He served on the original board of the American Civil Liberties Union and helped start the magazine The New Masses. At the time of the Depression, he was an enthusiastic supporter of the New Deal. During World War II, he worked with the advocacy group, Friends of Democracy. The group was the forerunner of today’s watchdog organizations like the Southern Poverty Law Center that track hate groups. When the paranoid anti-Communist era of the late 1940s and 1950s began, Stout ignored a subpoena from the House Un-American Activities Committee at the height of the McCarthy era witch-hunts. Though active in causes on the left, Stout was rabidly anti-communist and the irony of his subpoena is that he probably would have supported McCarthy's goal of finding "Commies" in the US Government, if it had actually been about that.

This book, more than any of his other books, is Stout blatantly airing his dirty laundry of grievances. In other books he showed Archie as pretty darn anti-communist, he had Wolfe say some very unflattering things about Germans and he let his hawkish stance on the War in Vietnam show. But this was the first time that he used the entire premise of a book to go after a political enemy, in this case, The FBI and J. Edgar Hoover.

Stout was closely watched by Hoover's FBI. Hoover considered him an enemy of the bureau and either a Communist or a tool of Communist-dominated groups. Which just pissed off Stout to no end. As Stout said himself, he was a socialist who rabidly hated Communism.

In The Doorbell Rang, Nero Wolfe is hired to force the FBI to stop wiretapping, tailing and otherwise harassing a woman who gave away 10,000 copies of a book that is critical of the Bureau and its director, J. Edgar Hoover.

The publication of The Doorbell Rang generated controversy. It was published not long after Robert F. Kennedy and J. Edgar Hoover clashed and the Bureau was coming under fire for its investigations of Dr. King.

Researching his book Dangerous Dossiers: Exposing the Secret War Against America's Greatest Authors (1988), journalist Herbert Mitgang discovered that Stout had been under FBI surveillance since the beginning of his writing career, but after The Doorbell Rang, got the full spotlight of the FBI. About a third of Stout's FBI file is devoted to this book. In its 1976 report, the Church Committee found that The Doorbell Rang is ths reason that Rex Stout's name was one of 332 placed on the FBI's "not to contact list," which it cited as evidence of the FBI's political abuse of intelligence information.

It's not a great mystery but it is passionately written, and is now part of the history of that era.

The Beauty of Pixar

Happy Holidays and Have a Wonderful and Safe New Year! 
Brian Cox gives a science lesson to celebrities. The comedian Simon Pegg and physicist Jim Al-Khalili help him explain standing waves in a demonstration to show why atoms are so large and empty.

If you're interested in Shakespeare, in poetry or in theater, I think you'll enjoy PLAYING SHAKESPEARE now available to stream on Netflix.


In 1979 Trevor Nunn, then artistic director of Britain's Royal Shakespeare Company, created a TV workshop on the art and technique of acting in Shakespeare's plays. He was joined by RSC co-founder and Associate Director John Barton and a group of the leading RSC actors of the day. There were 9 programs that aired from 1979 - 1984.


And here is Fry & Laurie's parody of PLAYING SHAKESPEARE. It's a sketch about a Shakespeare masterclass ("an actor prepares"), where a teacher (Stephen Fry) with delusions of grandeur gives pretentious, nonsensical acting advice to his eager student (Laurie).

You can't have Christmas with out Christ? We can't have Thursday with out Thor or Hanukkah with out Han either. OK, that last one may not be right. Historians and astronomers now place Christ's birth as possibly mid-June. Most of our Christmas traditions are simply co-opted winter solstice rituals that made it easier to convert celebrants to Christianity. If one really wants to get back to the meaning and message of Christmas, just fully and with humility, follow the words and deeds of Christ all year 'round. On Christmas day; spend less, give more and love all.
Posted by Unknown at 12/12/2011 No comments:

I am so clueless, I'm not sure I'd even pick up on Ms. LaRue's advances. Really, seriously, I'm clueless.

Friends Of The Blog (Wonderful Folks!)